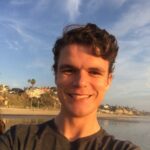 Ever since I began vocal lessons with David, my singing has monumentally changed. I had been to multiple teachers in the past for my voice, and although they were all great, none of their teaching styles made sense to me like David’s. While catering specifically to my needs, he knew how to prioritize the most important vocal adjustment to unlock parts of my voice I didn’t know I had. Furthermore, something I’ve found that works for me in my learning is the passion a teacher brings to the subject they teach. David Anthony is an intense teacher when he sees that his students really want to improve. He truly hopes to help people become better performers, and there have been countless times where he will, after spending hours outside of our lessons thinking, come back with an answer to a problem we’ve been stumped on. Remember how I said he prioritizes the most important thing, he constantly prioritizes his students even outside of lessons. One of the things I found interesting about this though was that while being intense, he is flexible with scheduling, and extremely easy to approach inside or outside of a lesson, which ensures the learning environment as a safe place to experiment vocally. From cracking notes, to lack of phrasing, and even worse, to making up my own musical lines outside of the key, he has helped me through it all. I have worked with David in classes, in productions, during lunch periods, and in private lessons. Seeing him in so many different regards I can confidently say that I trust in his ability to guide me through the essential skills of being a performer/vocalist. Finally, the most impactful thing is the trust he has in his students. I have struggled with a lot of misconceptions when it comes to my performance mindset. A few months back I had an audition that I wasn’t in the right headspace for. An hour before the audition David calls me to tell me that he has an idea for why there is a disconnect between the story I’m telling and the way I am physically portraying it. After a few minutes of talking he wishes me luck, and tells me that he knows I’m capable of killing the audition, I just have to step out of my own way mentally. To date, that audition remains the best audition I have ever had. He has taken me miles beyond where I could’ve imagined being today. Thanks to him I feel that a career in the performing arts isn’t a dream, but a possible future for me.

I met David when my daughter was blessed to have him as the instructor of her school’s musical theater voice conservatory class. She came home after a few weeks of being under David’s instruction and begged, “Can I pleeeaaassse get David as a private voice teacher?” She said through all her years of musical theater voice training, she had never been challenged and encouraged in her vocal skills like she had by David. We were able to arrange private voice lessons with David, and in a matter of months, she went from struggling to control her singing gift to winning multiple and exclusive vocal competitions, along with being cast in lead roles. David not only taught her how to properly use her voice but helped her to expertly craft songs, bringing out the intent of each and every lyric. In a short amount of time, her younger sister, who is also passionate about musical theater, was under David’s instruction as well. Both of my girls graduated from college and both are paid vocalists and performers today. They have had many fantastic teachers, instructors, and mentors but have never found any to help them more than David. Even now, when they need a last-minute song choice, a vocal brush up, or just general encouragement, they reach out to David. In the recent past, David has used our home as a base of instruction for his students in South Orange County. I have loved hearing his students progress, and I have personally witnessed many go from mediocre to exceptional after working with him. I wholeheartedly recommend David as a vocal instructor, and I truly believe that the students who end up with David are getting the best vocal training available. 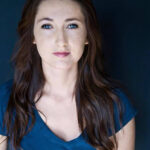 “I have trained with many voice teachers in both Los Angeles and New York City and I can honestly say David Anthony is one in a million! As a vocal coach David is committed to not only your vocal progression but your overall success and you are Undoubtably getting more than you're paying for. David is excellent in providing technical training but you also get a teacher who can really help you develop as an overall performer. He has a keen ability to isolate your weaknesses and help correct them while reinforcing your strengths and helping you capitalize on them. With David as my coach I was able to get into OCHSA (a competitive performing arts high school) and The Young Americans (international performing group). Thanks to David, who also coached me for my college auditions, I am now a senior at New York University Tisch Drama. Thank you david for transforming me into the performer I never thought I could be.” 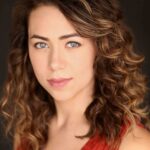 I first met David Anthony when I was eleven years old through McCoy Rigby Musical Theatre Conservatory where he was music directing multiple shows during their summer stock season. I then went on to continue taking classes from David through the McCoy Rigby Conservatory and through MTU - Musical Theatre University. Shortly thereafter, I started to take private voice lessons with him. I have been training with David for almost 10 years now and he has had a huge impact on my life. He has acted as my teacher and mentor and he has inspired me to do things I did not think were possible. Because of David my vocal control and technique have grown leaps and bounds throughout the years I have trained with him. He has such a wonderful way of communicating with each student. He understands my strengths and weaknesses and works with both sides to make me a better performer. David has given me the confidence to walk into a room and know I am going to nail any audition because of his training. Not only have I looked to him for vocal technique, but he has also made me a better actress as well. He has taught me to allow myself to be vulnerable and know that I am always enough. Without David Anthony, I would not be the confident performer I am today. I constantly look forward to voice lessons with him because he always pushes me and challenges me beyond anything I could ever imagine. I am so grateful for him and everything he has done for me I could never thank him enough for the amazing influence he has had on my life.

David is my son’s vocal coach. We first met David in a show that he was the musical director for and was so impressed with his musical talent and ability to teach that we begged him to instruct my son. We have been with David for over a year and have seen amazing improvement and technique in my son’s vocal abilities. More than teaching the technical part of voice and singing, David has instilled in my son a confidence that is unmatched. My son will go to Broadway one day because of David’s impression on his life and for that I will be eternally grateful. David is our best-kept secret. I selfishly want to keep him to myself and not let the world know of his greatness, but here I am recommending him on Linked In because it’s the right thing to do. I see great feats in David’s future and one day I expect to see him with Tony in hand for music and lyric composition of some great Broadway musical, (that inevitably my son will perform in). All joking aside, I truly believe this is where David is heading….Broadway greatness. And, I being one of his biggest fans will be cheering him on all the way.
Shopping Basket